How To Avoid Water Damage In The Spring 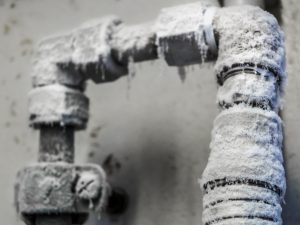 Water damage like many things has a busy season, and the busy season for water damage in Menomonie is the spring. This isn’t only because there are a lot of spring rains in this region, but it is because the winter can wreak havoc on your home in several different ways. So if you want to avoid having water damage cleanup in the spring, then make sure you prepare yourself for the winter.

One of the most common ways to have water damage in your home, especially if you go out of town for the holidays is to have frozen pipes that burst from the pressure of the interior ice. Many people who go out for the holidays will assume that they are being responsible by turning their heat off and avoiding a large heating bill for the time they will be gone. However, you might come home to an even bigger bill waiting for you because of the burst pipes. If you allow your home to get so cold that the pipes freeze, then when they thaw out and you start using them again, you will have a big mess on your hand. So always remember to keep your thermostat up at least 50 degrees.

Sprinkler Systems can have frozen pipes as well and have the exact same result of flooding your yard in the spring, which in turn, will flood your home. But how can you keep the pipes underground from bursting? You can’t keep them warm. If you winterize your pipes, which means you remove most of the water from them, the water will expand, but not so much that it will burst your pipes. Winterizing pipes is best done before the first frost, so around September or October. You may need to do some winterizing to your pool as well for the same reason if you have one.

Another common water damage cleanup issue in the winter is from your roof. If you have a heavy snowfall, and then another and another before the first one can fully melt, then you might have built up snow dams on your roof, which will become so heavy that it can actually do damage to your roof. Depending on your roof type, the snow and ice can even get between the shingles and expand them, leaving your roof vulnerable to leaks. If the snow starts building up on your roof, then regularly go out and rake what you can off.

If you want to avoid having to deal with a water damage issue in the future, then you will need to deal with some housekeeping things for each season. However, if you have already had some water damage, then don’t hesitate to call the professionals at TRAC Solutions to handle your water damage cleanup. The best way to avoid these problems is to mark reminders on your calendar to handle them as they come up.

TRAC Solutions is a locally-owned Chippewa Valley company with more than 25 years of experience in Western Wisconsin. We are a full service general contractor specializing in property restoration and disaster cleanup, along with carpet and air duct cleaning.